The secret behind “Emmanuel, don’t do it”​, and why it’s​ the perfect short film 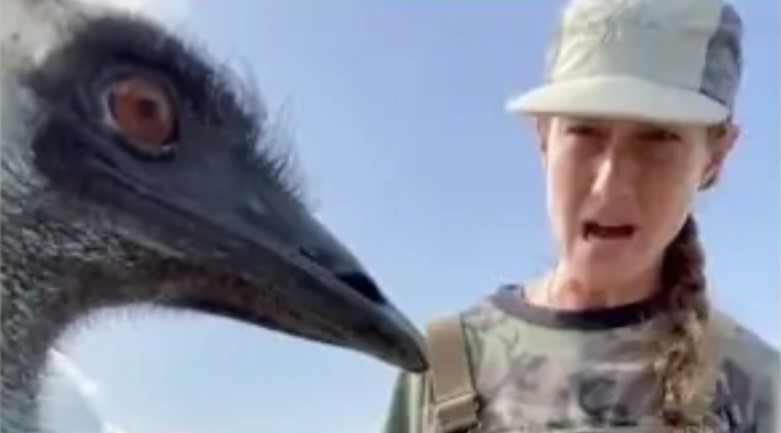 I recently came across this hilarious video (apparently it’s now famous and has been featured on The Tonight Show) and wanted to give a little insight into why I think it’s the perfect short film, from a screenwriting perspective.

You can watch it here: https://youtube.com/shorts/kf6pnUbg-3Y?feature=share

Any screenwriter out there knows that writing a good short film isn’t necessarily easier than writing a feature film. The beauty of short films is that you don’t have to bother with setting up your characters throughout the first twelve pages of the script (until the first plot point kicks in). You can throw your audience right into the middle of a situation. The format gives you a lot of freedom to mess around with unstructured, non-linear storytelling, narrative loops, or other artistic/creative forms of unfolding. Most short films don’t make money. They’re not produced for commercial reasons, and therefore producers are usually willing to take more risks. That doesn’t mean the result should be less successful, and one difficulty with short films is certainly to find a really good ending. In addition to that, there are a couple of universal storytelling elements that make any film better and more successful with viewers, when included.

Let’s briefly recall how things traditionally work in a feature film: There is usually a hero and a villain. The hero is typically a sympathetic person suffering from undeserved misfortune (therefore often a physical or psychological orphan). He/she usually encounters a problem (inciting incident) that raises a central question that – after some debate with naysayers – finally throws him/her out of his comfort zone, so he/she can set out into the world to find answers and solve the problem. At first everything goes well, he/she meets allies, encounters his/her love interest, but then the villains close in, our hero fights and fails miserably, and after psychological death and resurrection, makes his/her final push to victory. The central question is answered and the film is over.

Let’s now take a look at the video: First of all, who is the hero in the story? You might think it’s the girl, and the villain would be Emmanuel, the emu. But I think the opposite is the case. Heroes ask questions, villains make arguments, each representing opposite sides of the same moral, psychological or intellectual argument. The emu suffers undeserved misfortune (strictly from a screenwriting standpoint, I’m sure he has a very good life on the farm) because he has to live in captivity and in a system of human “morality” that makes no sense to him. Picking at things is his natural instinct after all. He immediately wins our empathy for that reason.

The enemy is the girl (again, strictly from a screenwriting point of view, of course she is adorable and only means well) who makes arguments and tries to keep our hero within the confines of her moral beliefs, delivering Oscar-worthy lines such as “We’re not choosing violence today!” and “Make smart choices!” Ultimately, she wants to prevent our hero from asking bigger questions.

So far, so good. But the really brilliant thing about the video is that it contains a CENTRAL QUESTION for the audience that encompasses all three components necessary for a story to be successful:

1) The SPIRITUAL component
It means a lot to the hero. Generally speaking: Can the hero overcome his inner resistance (or perceived weaknesses) to leave his comfort zone and achieve his goal? In the video, the emu struggles with the temptation to examine the camera. He has an aspiration to break out of the restrictive system of rules in which he lives, to look behind things and gain new knowledge, to expand his horizons, to discover truth and to go one step further than all the other animals on the farm. He wants to explore the bigger picture, something every hero must do.

3) The PHYSICAL component
It means a lot to many people. Generally speaking: The system, the society, the universe in which the hero moves. The higher good that is threatened by negative consequences if he fails. In the video, the physical component is the audience for which the farm videos are intended, the further production of the videos, the education of the people, the successful continuation of the entire farm show. That’s what is at stake.

All of these three components are contained in the central question of the video. This is what makes “the story” so powerful and a guaranteed audience hit. The perfect short film.

But what about the ending? In an ideal feature film, the hero would create synthesis between his personal thesis and the villain’s antithesis: “Yes, cameras have to be explored, but in a smart way, and without using violence, because the farm show is eventually beneficial to all animals on the farm”. In the case of the video, the ending remains open, and it’s left to the viewer’s imagination how the story goes on. Open endings are a common choice for short films and usually work very well.

There are a few other popular variations for short film endings that I can think of off the top of my head, and I’m supplementing each here with an example of what they might have looked like in the video if a screenwriter had conceived them, just for fun:

a) A classic twist
In an added end scene, we see the girl paying the owner of the emu, and we understand that Emmanuel is not hers, but that she hired him specifically so that her videos would get more clicks.

b) An epilogue
After a few seconds of black, a final scene appears showing the girl sitting at Thanksgiving dinner with her farm family. Someone notices that the roast tastes tougher than usual. The film ends with a sweet and sour expression on the girl’s face and our realization that it obviously couldn’t go on like this and Emmanuel unfortunately had to call it a day. Black humor included.

c) A meta-level added (respectively a “waking up to a greater reality”)
The video is suddenly paused and the camera zooms out. We find ourselves in a practice for animal psychology where the doctor had been playing it on a TV screen, in the presence of the girl and the emu, to analyze the progress of Emmanuel’s neurosis treatment. He prescribes a new cocktail of medications for the emu, who has apparently been in therapy for years. And if you want to go sarcastic: While the psychologist tries to feed the drug to the emu, Emanuel looks at the pill in the palm of the doctor’s hand, ignores it, and picks violently at his thick glasses, which bear a strong resemblance to camera lenses. We hear the psychologist screaming as the screen goes black.

WHAT ARE YOUR IDEAS FOR AN ALTERNATE ENDING? To all the screenwriters and creative minds out there, drop me your thoughts in the comments section below. I look forward to it!

Read this article on LinkedIn.

Do you need creative consulting for your commercial, short film or feature-length script? We have helped numerous filmmakers create new material. If you’re interested, contact us here.