The Location Manager – a race against time 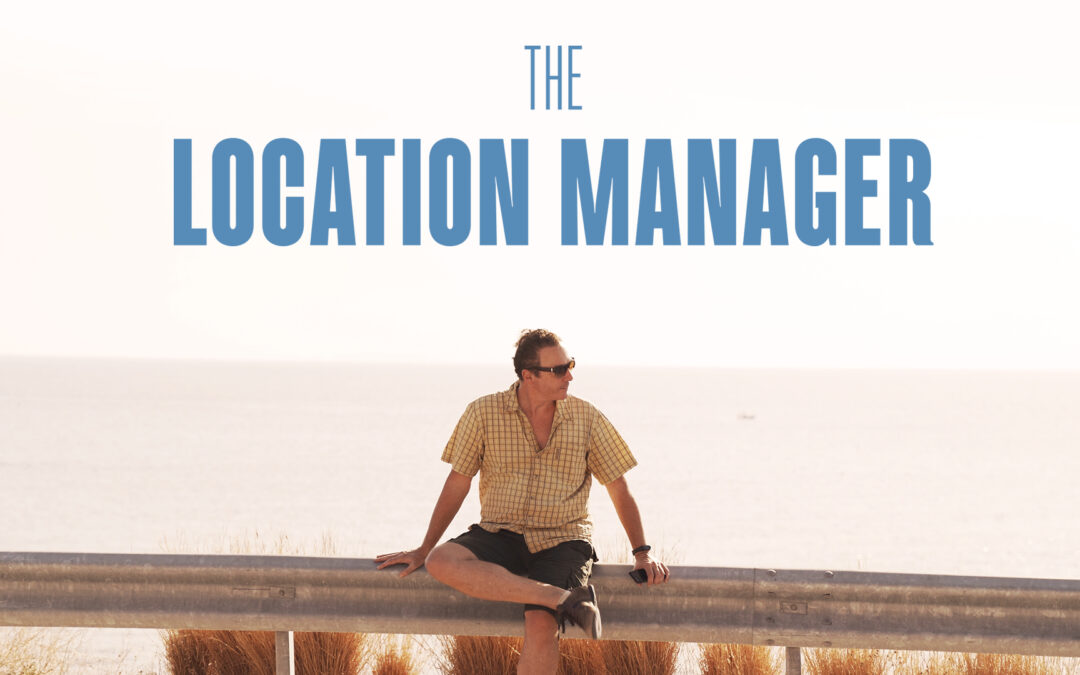 Is it possible to create a shortfilm from scratch within one afternoon? The Location Manager served as a proof of concept for director and cinematographer Andreas Graf and actor Neville Jason Fahy who decided to make use of a free afternoon during the filming of the short film comedy “Marvelous” in Athens in September 2021, in order to create this special short film.

The story was discussed and developed at lunch and filming started immediately after, with a one-man-crew only, a single actor, a car and improvised dialogue involved.

The film follows the character of Jason, a location manager working for the Greek film industry, who is sent out by his boss Yianni to find a filming location for an American social media starlet from Las Vegas. The search turns out to be far more difficult than expected as it turns out that Jason’s client is extremely demanding. 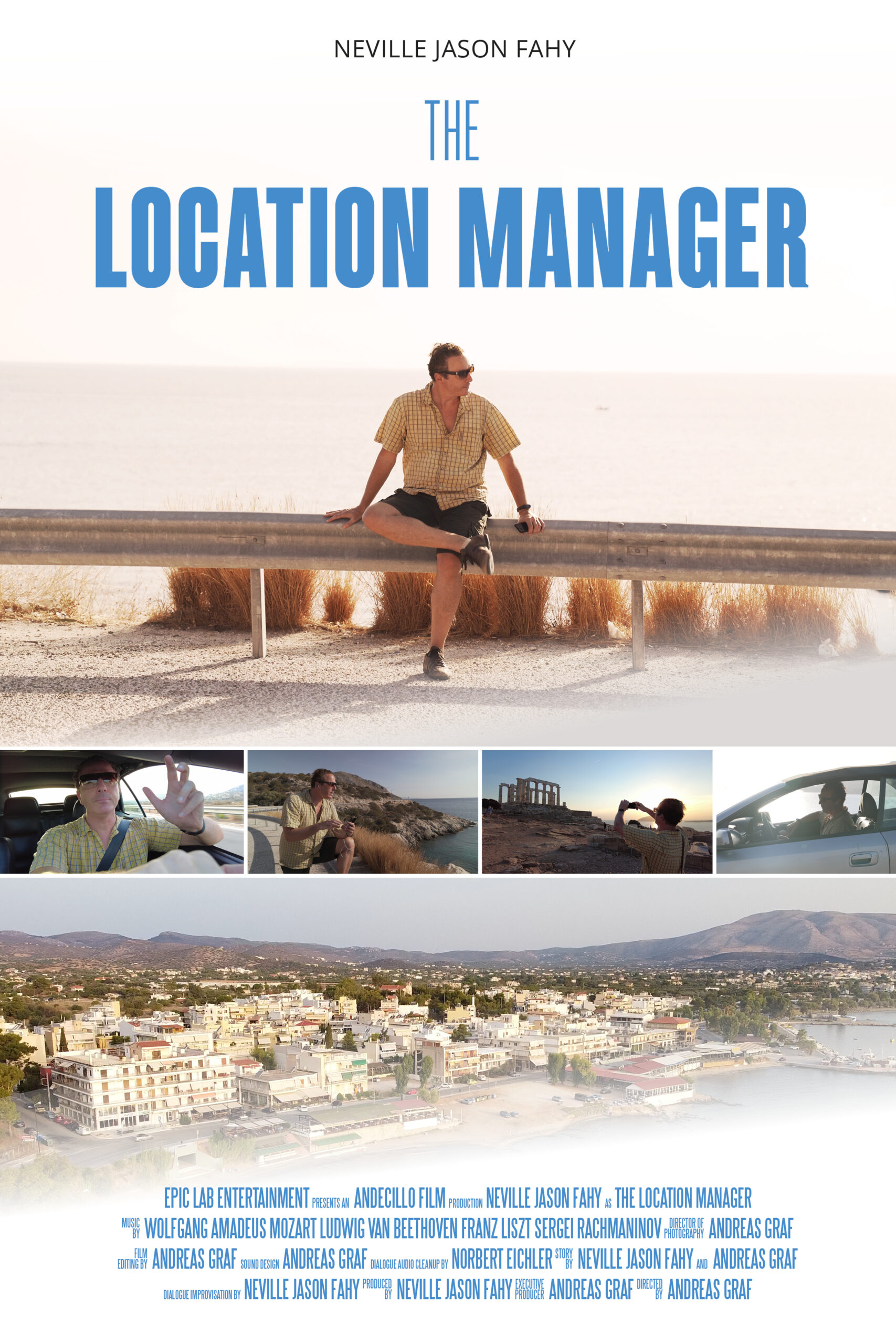 The Location Manager is a road movie that takes its viewers on a trip along the coastal line of the Athenian Riviera, between the town of Saronida and the area of Sounion, featuring the beauty of the landscape within that region.

During filming, the crew was racing against time in order to catch the famous sunset at Cape Sounion where the last part of the filming was successfully accomplished.

As there was no sound department, one of the biggest challenges during the shoot was to deal with wind gusts affecting the audio recording. The crew used a set of Sennheiser wireless audio transmitters, together with a lavalier microphone, and the sound was recorded on a Zoom h4n device monitored by the cameraman. Eventually the audio had to be cleaned up in post.

We achieved spectacular results using the software iZotope, and most of the ambient sound was recreated artificially in post production during the sound design process. Isolating the recorded dialogue from its background noise was a very rewarding process, and we will share our experience and best workflow in a separate article focusing on how to best deal with heavy wind noise in the audio signal.

Given the extreme time pressure during filming which rarely allowed more than one or two takes per shot, visual effects had to be applied in post in one place to eliminate the accidental reflection of the cameraman in a car window during a scene that required a traveling shot having the camera pull away from the car.

The film will be presented at the Saronikos International Festival of Creative Arts (SIFCA) in September 2022 (more information: www.sifca.gr) and has been submitted to further film festivals in Greece and abroad.

Synopsis: When Jason is sent out by his boss Yianni to find a filming location in Greece for an American social media starlet from Las Vegas, his nerves are stretched to the limit. 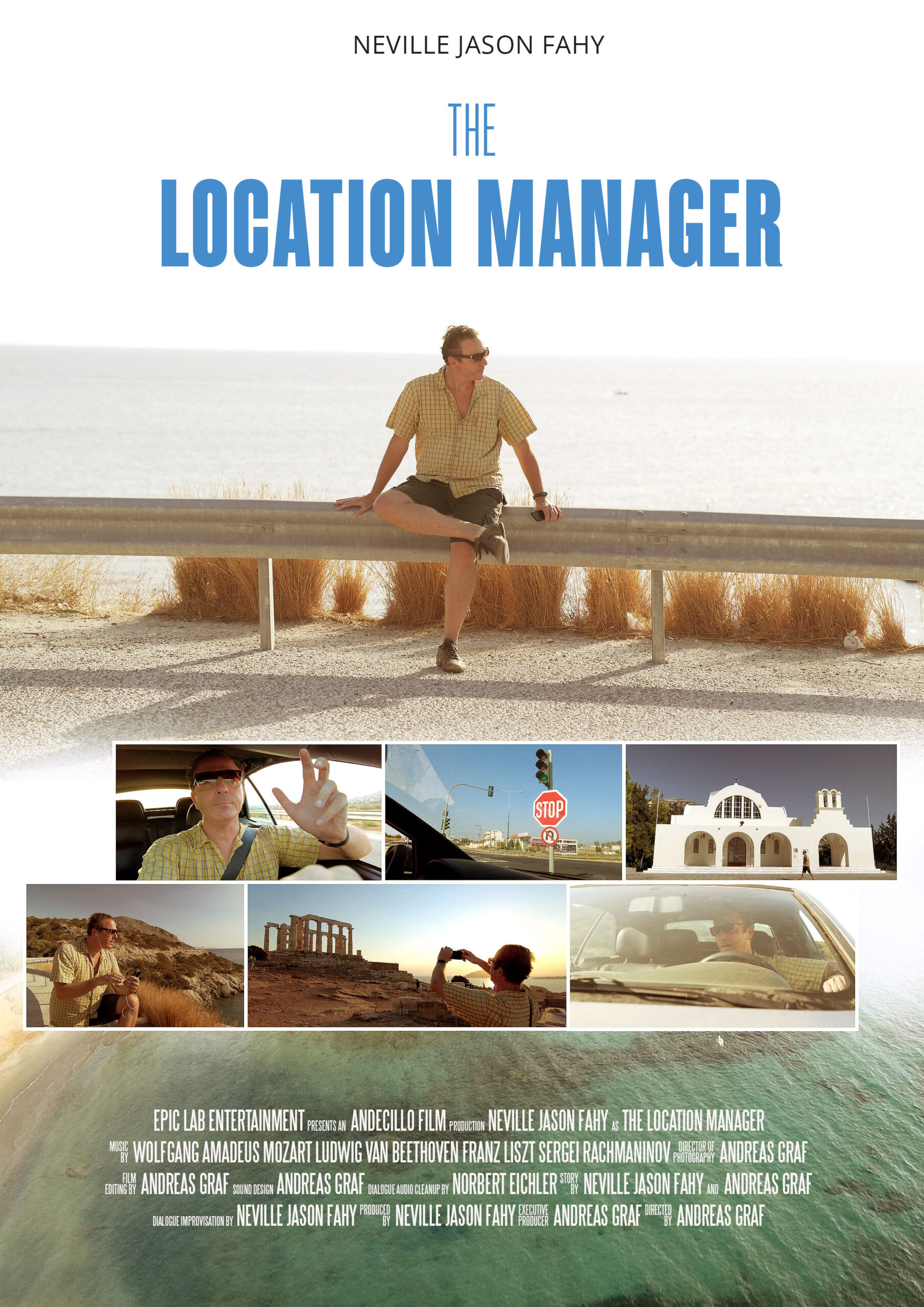