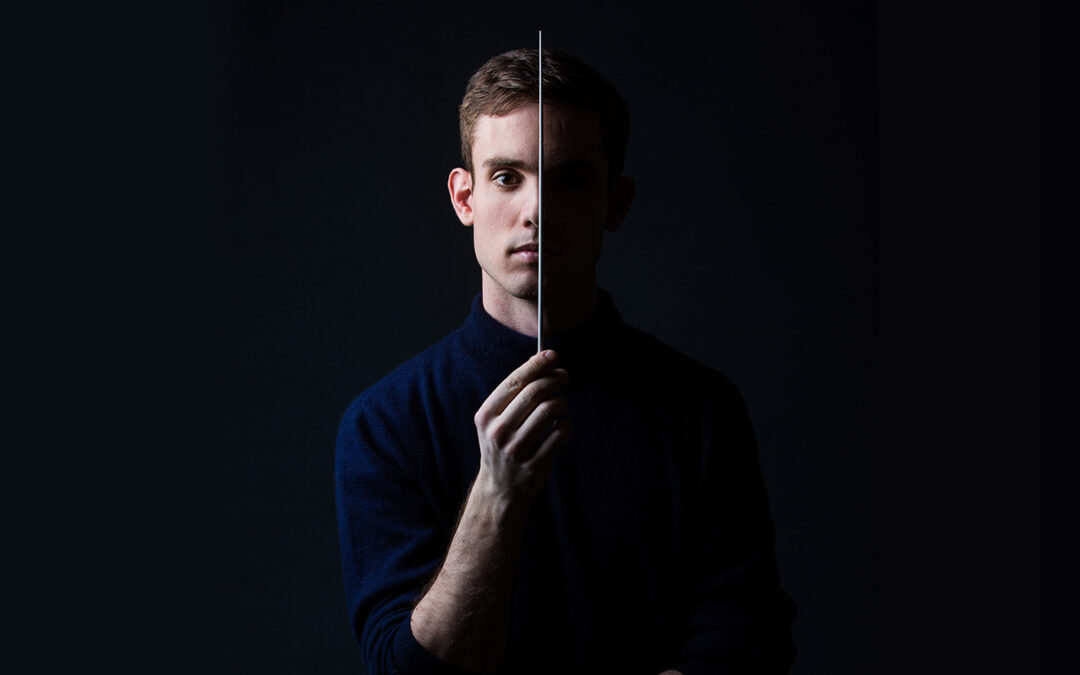 Bernard Duc is a Swiss film composer and conductor living in London. He is also the organiser of Perspective, an event for film and media composers that is held annually in London.

Bernard Duc, if you had to name 3 characteristics a successful film composer needs in today’s rapidly changing film industry, what kind of keywords do come to your mind?

You are correct in your assessment of the industry, but I’m not sure about your conclusion. Production music or library music is extremely important, but in recent years we saw an exponential growth in the number of libraries, some of them offering music for rates so cheap that they are not sustainable. We also see that artificial intelligence is getting always better at writing music. Because of those elements, I think that high level production music will keep being a good career path, at least for a few more years, but the era of composing thousands of interchangeable tracks with little to no originality will come to an end as artificial intelligence will be able to do it much faster for so much cheaper. Even if AI doesn’t improve, young composers who are desperate to get a foot in the industry will do it. 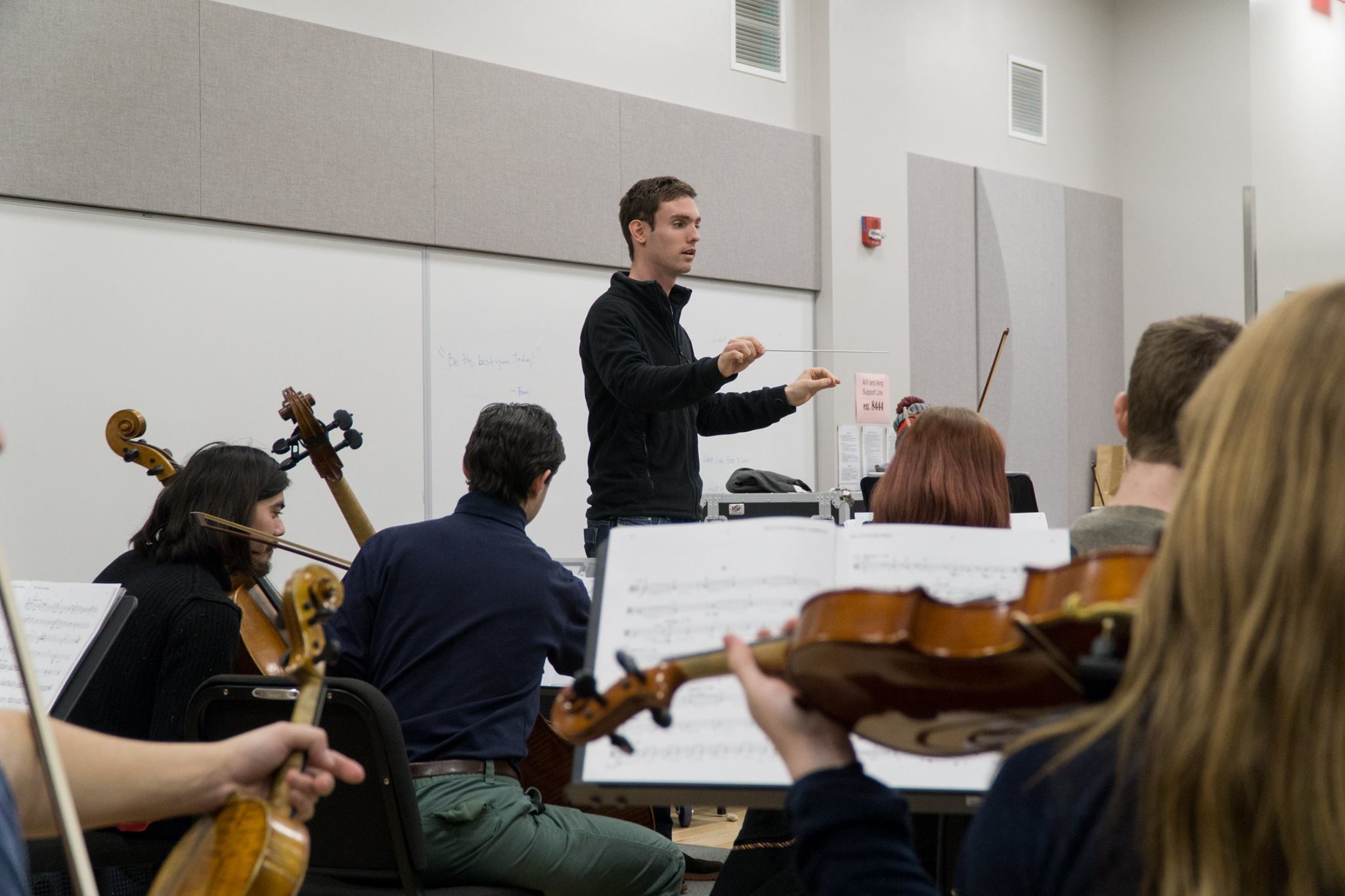 You studied at the prestigious Berklee College of Music in Boston and toured across the US conducting the Berklee Silent Film Orchestra during their 2016-2017 season. Looking at the silent film era and its film music, where do you see the most significant differences compared to modern film music?

The Berklee Silent Film Orchestra was one of the best experience of my studies, and I’m actually conducting more silent films in Switzerland later this year as well as next year! However, this is not an easy question to answer. During the silent age, pre-existing pieces was performed most of the time with the films. It’s not until sound movies arrived that perfectly synchronized film music could exist and that custom film music became the norm. Nowadays, when I conduct silent films it’s almost always more recent custom music, and we use technology to help us stay in perfect sync with the film. But I can say that the biggest difference is that silent films had only the image and the music to convey the story. Nowadays music has to work together with sound effects and dialogues, and we have to make sure we keep enough space for everything.

If we take a look at film music over the past century, every epoch had its very own characteristics. From emotionally singing strings in the 60s to funky electronic action music in the 80s to dark, percussion-heavy scores in the 2010s. What kind of trend do you see happening right now?

The trend is definitely towards more minimalism and less gestural music. The emotions also tend to be more subdued, but writing this kind of music is just as hard, if not harder, than writing very emotional music! Of course, as with every trend, there are exceptions, and one very influential film can completely change the trend. Also, being able to do the trendy thing is useful, but there is always a place for different musical approaches.

The quality of music sample libraries film composers can rely on (e.g. orchestral instruments by Spitfire Audio) has become stunningly good. Is the era of recoding film music in a studio with life musicians slowly coming to an end?

I don’t think so, or certainly don’t hope so! I’m also a conductor and working with real musicians is my favourite part of the job! While sample libraries are very good, they are still very limiting, and we have to write in a way that fits them. And no matter how good sample libraries are, recording an orchestra in the same room still has a coherence and depth of sound that cannot be imitated. I also see a trend for smaller ensembles, and those are much harder to imitate with virtual instruments, they are also much cheaper to record, so I have good hope that real musicians will still be used for a while in film music!

You have established yourself not only as a successful film composer, but also as a successful classical conductor in the concert music world, recently conducting Beethoven and Mozart with the Sinfonietta de Genève for example. From a conductor point of view, are there any differences (e.g. in playing technique, sound color or balance between instrument registers) you need to consider or ask for when recording with a film orchestra as opposed to preparing a concert with a traditional classical orchestra?

Absolutely, but a big part of that is in the composition and orchestration process, and then studio musicians are so good that they usually know exactly what to do. Studio recording is very expensive and there is no time to rehearse. For smaller budgets or tv projects, we often have only two takes, meaning that the second time the musicians play the music (which they’ve never seen before), it’s what’s going to end up in the film. Because of that, the music has to be simpler. It should sound almost perfect the first time they play it. As a conductor I will often have to focus a lot on rhythm when conducting film music, because it’s very likely that some sampled instruments or synth will be mixed with the recording and we want the rhythms to stack perfectly while in concert music we can and want to “interpret” the rhythm. Of course, I will also sometimes have to adjust the sound color, but how, will depend on the project. Finally, balance can usually be fixed afterwards, during the mixing process.

Classical composers like Richard Wagner have chosen the key of their pieces of music very carefully, taking into consideration the action and mood of an opera scene, its protagonists and also the greater symbolism behind. How important is it when composing or adapting music for film in your opinion?

Unless if you have perfect pitch and feel strongly about certain keys it really shouldn’t matter. I will write in a key that’s easy enough to play and uses the best range of the instruments. In film music what’s convenient is usually what sounds the best because of extremely limited rehearsal time. It will also allow the musicians to play more comfortably and therefor with more emotion.

As a film composer, how does your composition process look like and what kind of software do you personally use?

It really depends. I usually love starting at the piano, write a quick paper sketch and then switch to the computer. I write the music in my DAW (Digital Audio Workstation, where notes look like bars of colour). I produce the music in there with virtual instruments, making it sound as good as possible, and only once the director approves it I will do the sheet music. I am not too much attached to one piece of software. When I work for other composers I will use their DAW, like Logic, Cubase, Pro Tools, or Digital Performer, but when it’s my project I will use Reaper and do the score and parts in Dorico or Finale. I must say, I can’t recommend Dorico enough, it’s such a nice piece of software and it allows me to create my scores and parts faster than ever by taking care automatically of so many things! 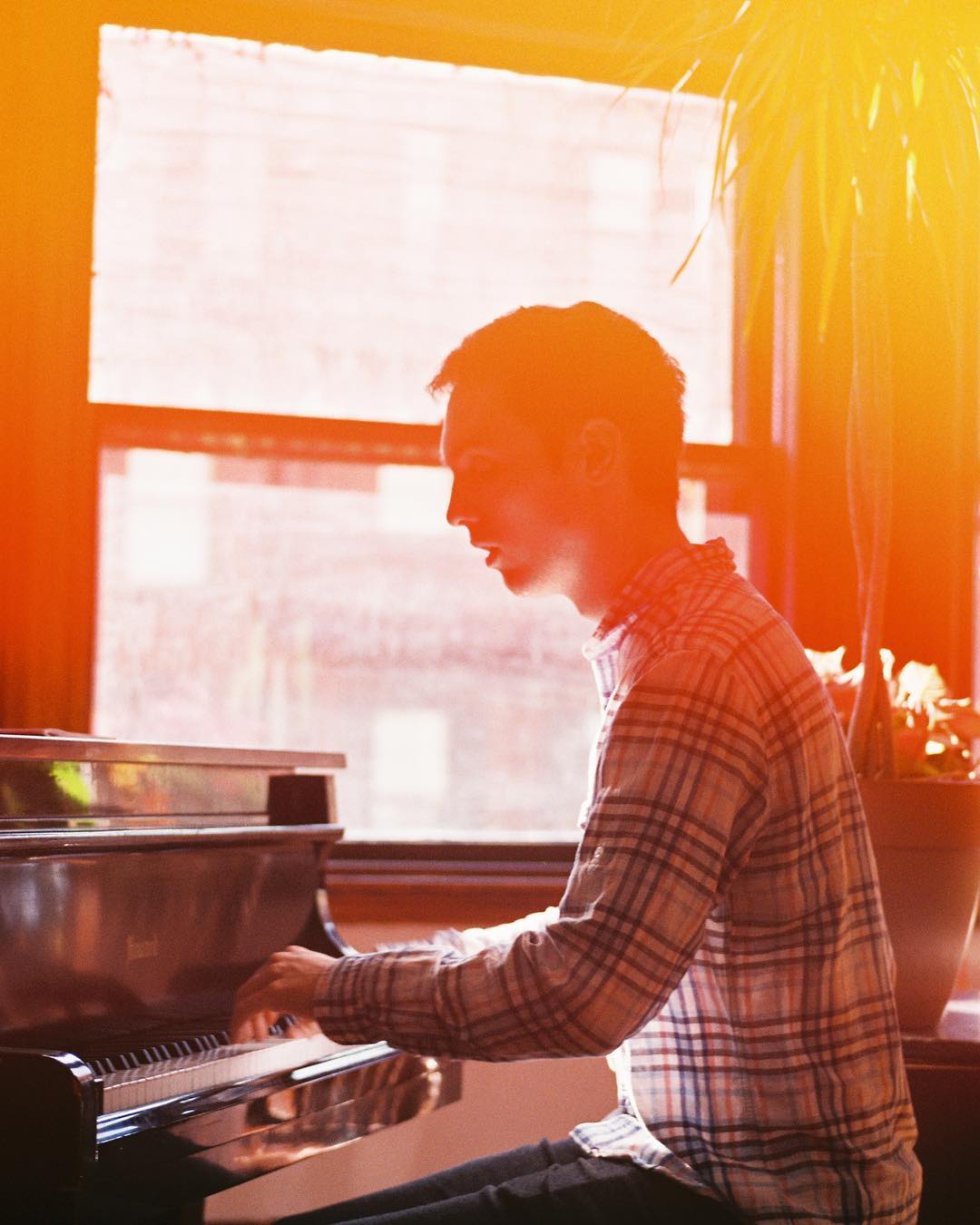 In terms of orchestration, instrumentation and sound color, what are the most important rules to consider in your opinion when scoring music for film?

I could write a book, but I will say it in one sentence: stick to what is convenient and make it easy for the players unless if you have a really, really good reason not to!

The abundance of music compositions and new melodies created grows by the decade. When trying to compose a main theme for a film for example, is it increasingly hard to come up with a melody that doesn’t evoke the condemnation of “already exists” or “sounds like this or that”? Are composers ever challenged by the thought of running out of new tonal combinations?

Honestly no. Of course, we might be using ideas or elements that someone else used before, but the combination of everything makes for an infinite number of possibilities. Even when composing a simple melody, it’s actually quite unlikely that someone played the exact same thing before. And once you have a theme or a motif, what really matters is how you develop it. Don’t get me wrong, fear is very real when composing, but for me it’s the fear of not finding something that works, not the fear of copying someone else.

You are also interested and involved in the technical aspects of sound and the production of new sounds by pushing the limits of technology. Would you tell us a bit more about it?

One of the best ways to sound different, is to create your own sounds, but the tools you use will heavily influence the result. That’s one of the reasons why I love using Reaper: it has amazing scripting capabilities and I can code my own tools in it! I also just love technology in general and I love trying new things. 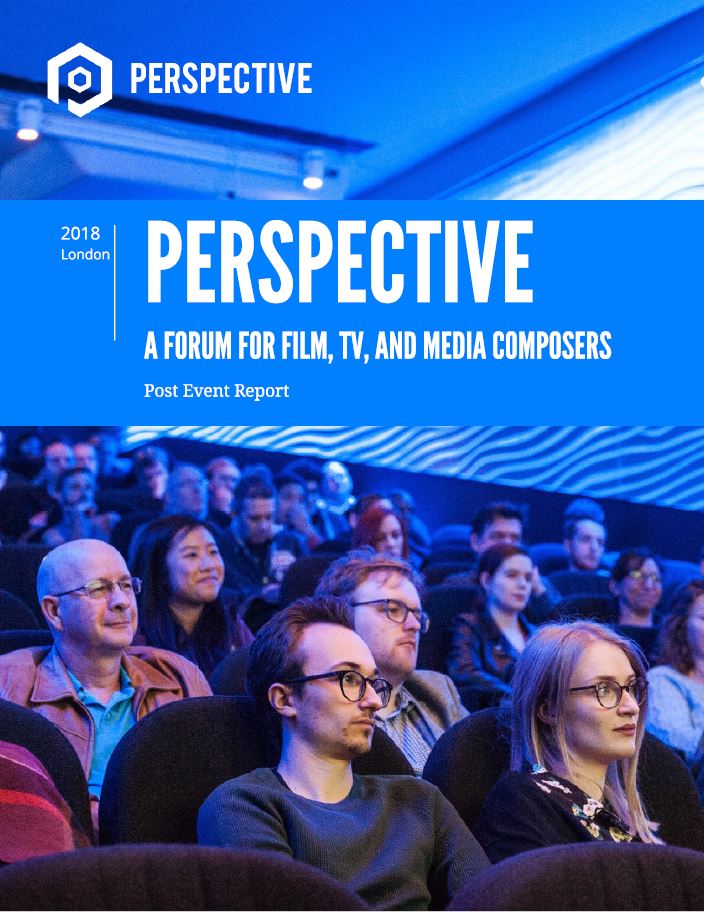 You are the organizer of Perspective London, an annual symposium for European film, TV and media composers. What does the event consist of and where can interested film composers find information about the next event?

The event is a mix of panels, talks, and networking for people in the film and media music industry. We have amazing guests, the event is always free or extremely cheap, and we really try to make it as valuable as possible for all the people attending! All I can say is that the first two editions were a lot of fun and very educational. Unfortunately we had to cancel the 2020 edition, but we hope to be able to organize a new one this year. The best way to stay updated is to join the “PERSPECTIVE: A FORUM FOR FILM, TV, AND MEDIA COMPOSERS” group on Facebook, which you should do anyway because it’s the leading group in the industry with people such as Hans Zimmer regularly participating in discussions.

Last but not least: During the Covid pandemic you produced, mixed and edited “Humans vs Covid”, a global virtual choir and orchestra performance involving people from 5 continents singing and playing “Amazing Grace” (video at the end of this interview). Would you share with us how you organized and managed a project of that scale?

With a big smile and a lot of sweat! But I love working on projects that bring people together, and the internet is a great way to share music. That’s also while I was at Berklee I organized and conducted a flash mob that has over 2.5 million views, even though at the time I barely knew how to conduct and what just coming back from shoulder surgery.