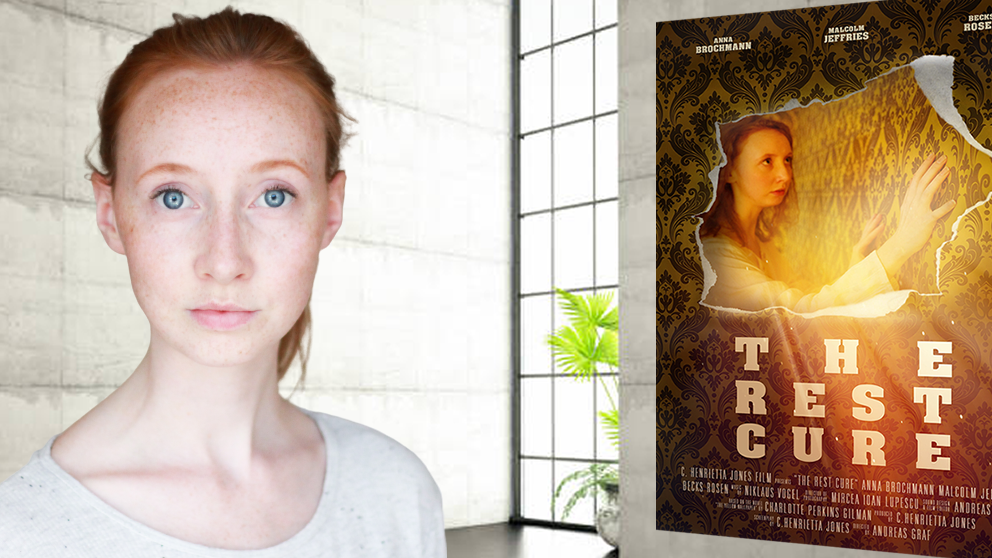 Anna Brochmann is the lead actress in the literary short film drama “The Rest Cure”. Epic Lab had the opportunity to talk with her about the filming process and the special challenge to depict the role of Alice, a character based on Charlotte Perkins Gilman’s novel “The Yellow Wallpaper”.

Anna Brochmann, how did you learn about The Rest Cure film project?

My agent at the time put me up for a self tape audition for the role of Mary, John’s sister. So that’s actually the role auditioned for. I remember I filmed it in one of my flatmate’s bedrooms, because it had this beautiful worn out tapestry on the walls that looked very timeless and beautiful, and I thought it would serve as a great background for this particular type of self tape. I remember I had a moment of confusion when I later on got the email that I got the role, but not the role I had self-taped for, but the role of Alice – which was the kind of role I loved playing! The role of Alice slightly reminded me of the main character Dina in my favorite movie, ‘I Am Dina’.

What were the specific challenges for you playing the role of Alice?

Mental health and real human rights is something I have been very passionate about for a very long time. Characters with serious life struggles, different mental health conditions and characters who sort of stand out have always been my favorite kind of characters to play. I have always had a need to understand the world, the human being, who we are and who I am myself, and as we live in a very constrained society that wants to fit us into little boxes most of us cannot fit into – getting a true look into all the minds that doesn’t fit in becomes I think kind of a rare thing. 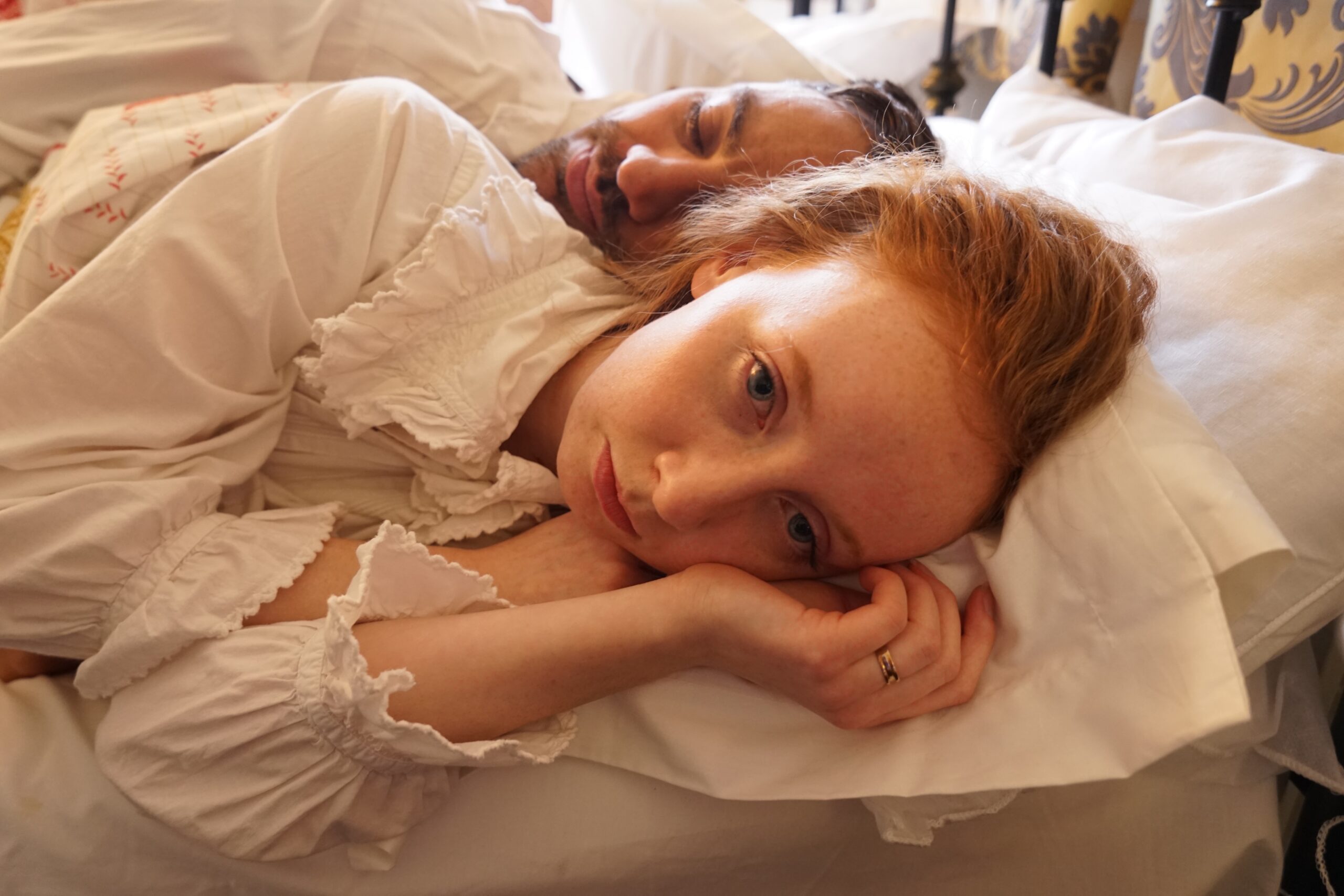 So playing a character like Alice I think gave me an opportunity to do an attempt to sort of get an understanding of someone having the experience of living in a crazy world that truly does not see them, nor understands them. Living in a world that tells you that you are crazy and maybe forces you to be treated for it, when truly you are not crazy and you just need to be seen and heard. What a scary experience. This of course, as with all characters, also gave me an opportunity to see if I could get a closer look into parts about myself that I have yet to get to know, or get to know better.

But, to answer your question, I think my biggest challenge playing the role of Alice was letting go of self judgement and the reality of people behind the camera staring at me while doing a scene. This for me, and I imagine a lot of actors, is the hardest thing. Of course there is the research that goes behind the understanding of the character, the time period, the accent, the writer etc. that can also be challenging when you have to take everything you learnt and make it part of your world. 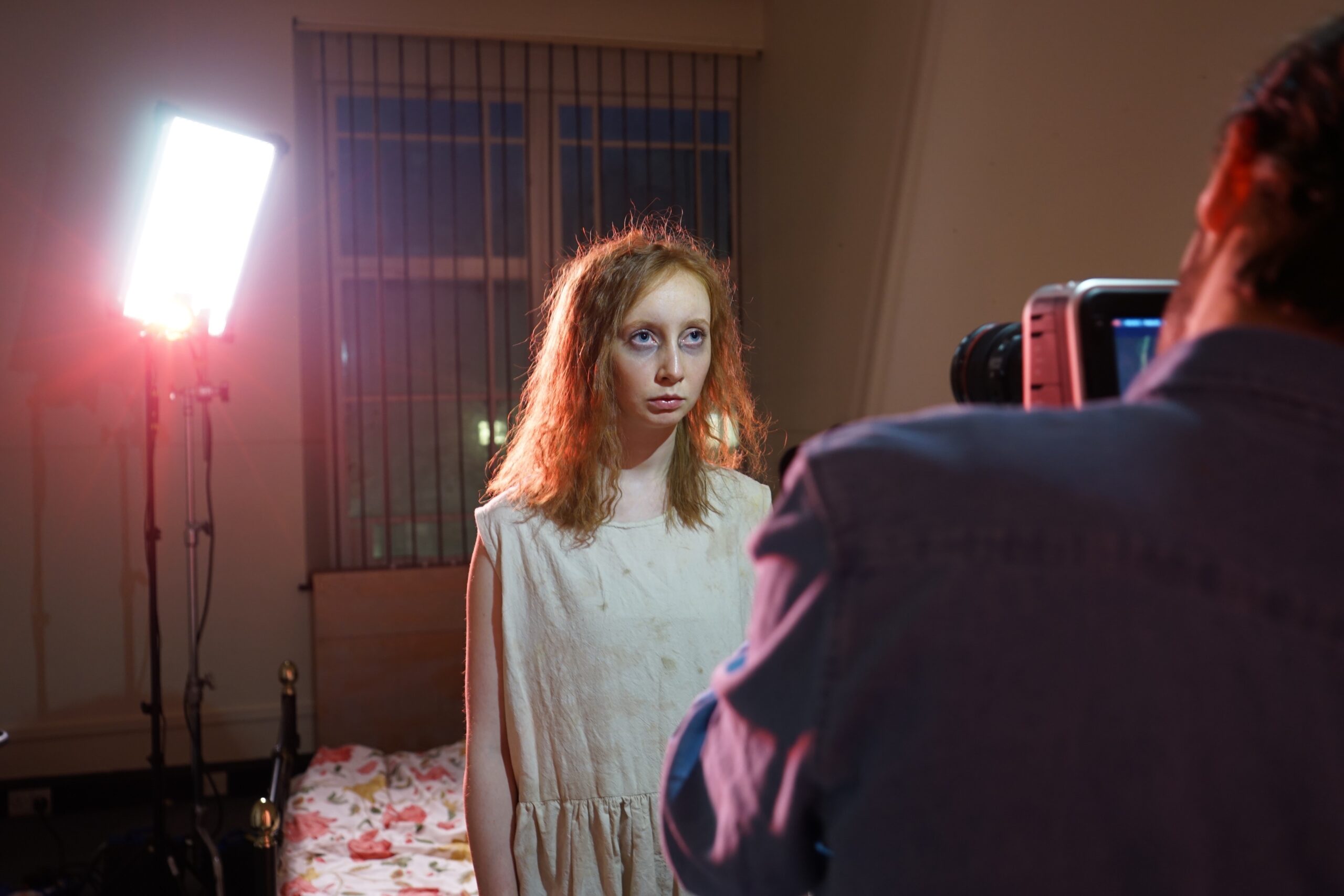 But trying to be completely open to this fictional world and trying not to think about what you look like and sound like and act like while you’re surrounded by all these people watching you is, at least for me, the most difficult thing. And really, I’ve failed in it pretty much every time – my mind is always there judging, so really I was rarely truly present when playing Alice. But maybe, for all I know, that could have served a purpose for itself. 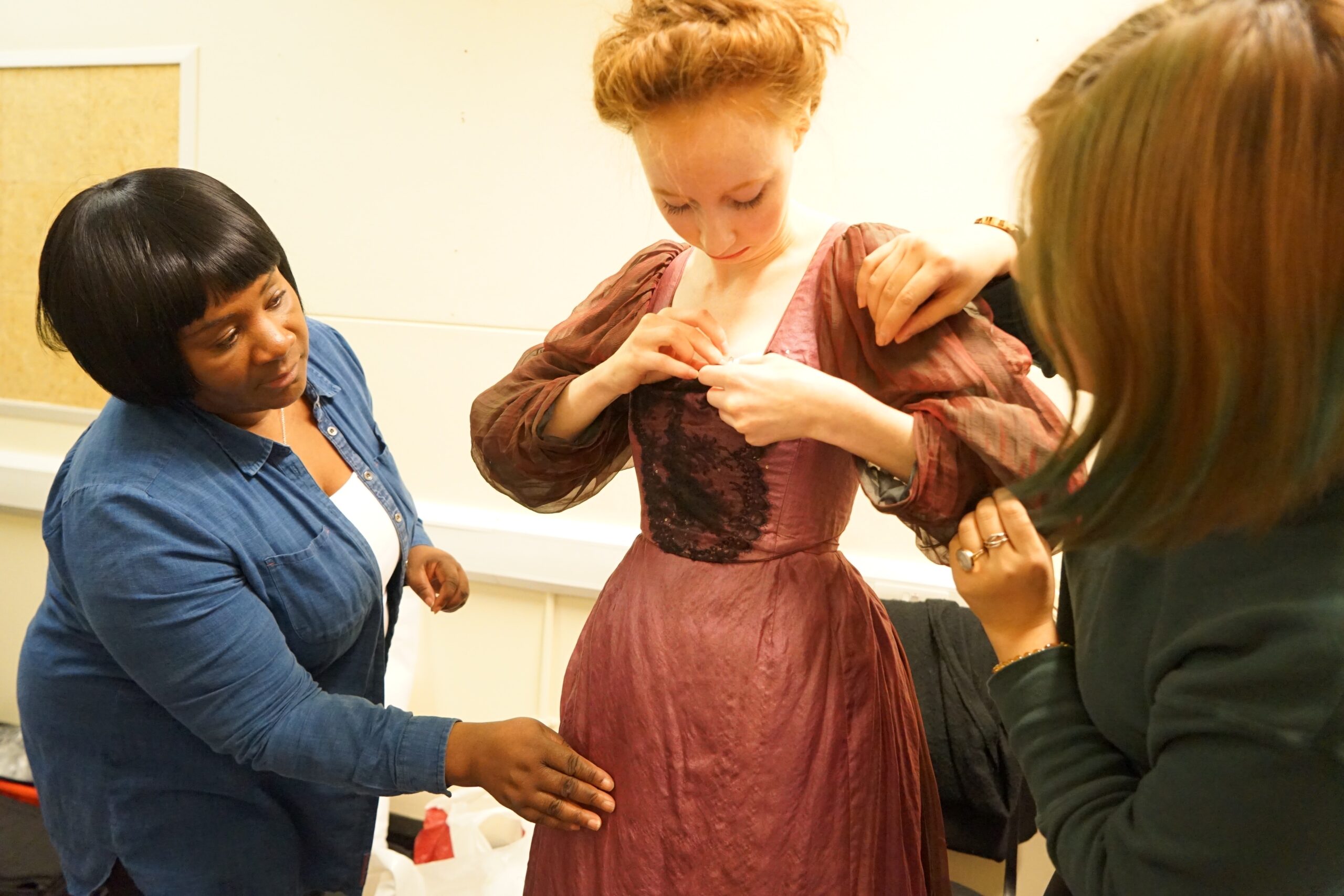 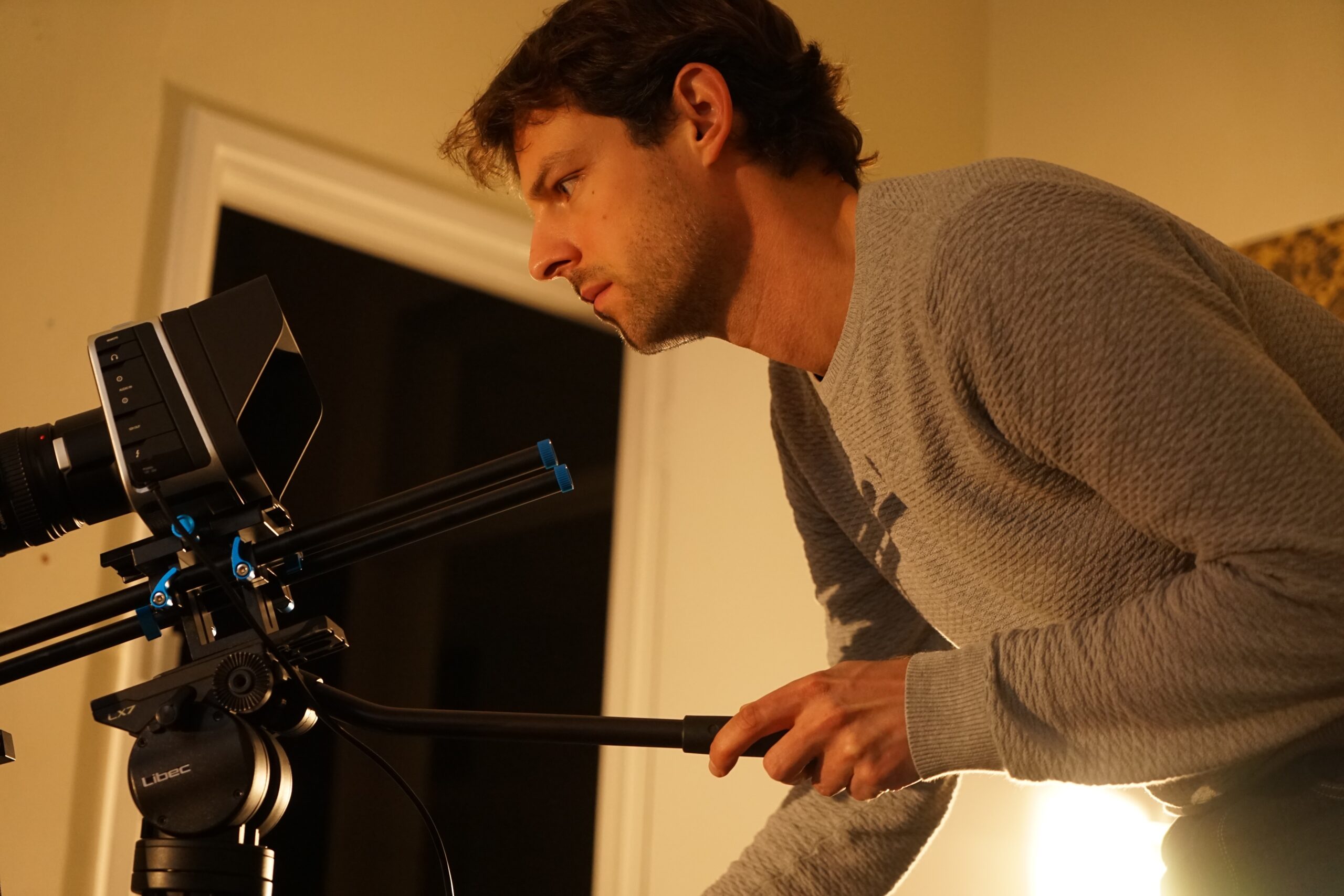 Director Andreas Graf is checking a shot on the film set.

How did the collaboration with film director Andreas Graf look like?

I feel fortunate to have had the opportunity to work with Andreas. I experienced him as calm, open and present, and very good with communication, which is key, but not always there with some directors. Being able to have a dialogue with the director and feeling that your thoughts are heard and that you are seen is so important, and this made me feel more safe as well. I think often in the end result of a product you can get a sense of if the group dynamic was flowing well or not. And if people have felt connected or not. I had a great time working on this production and I really enjoyed working with Andreas. 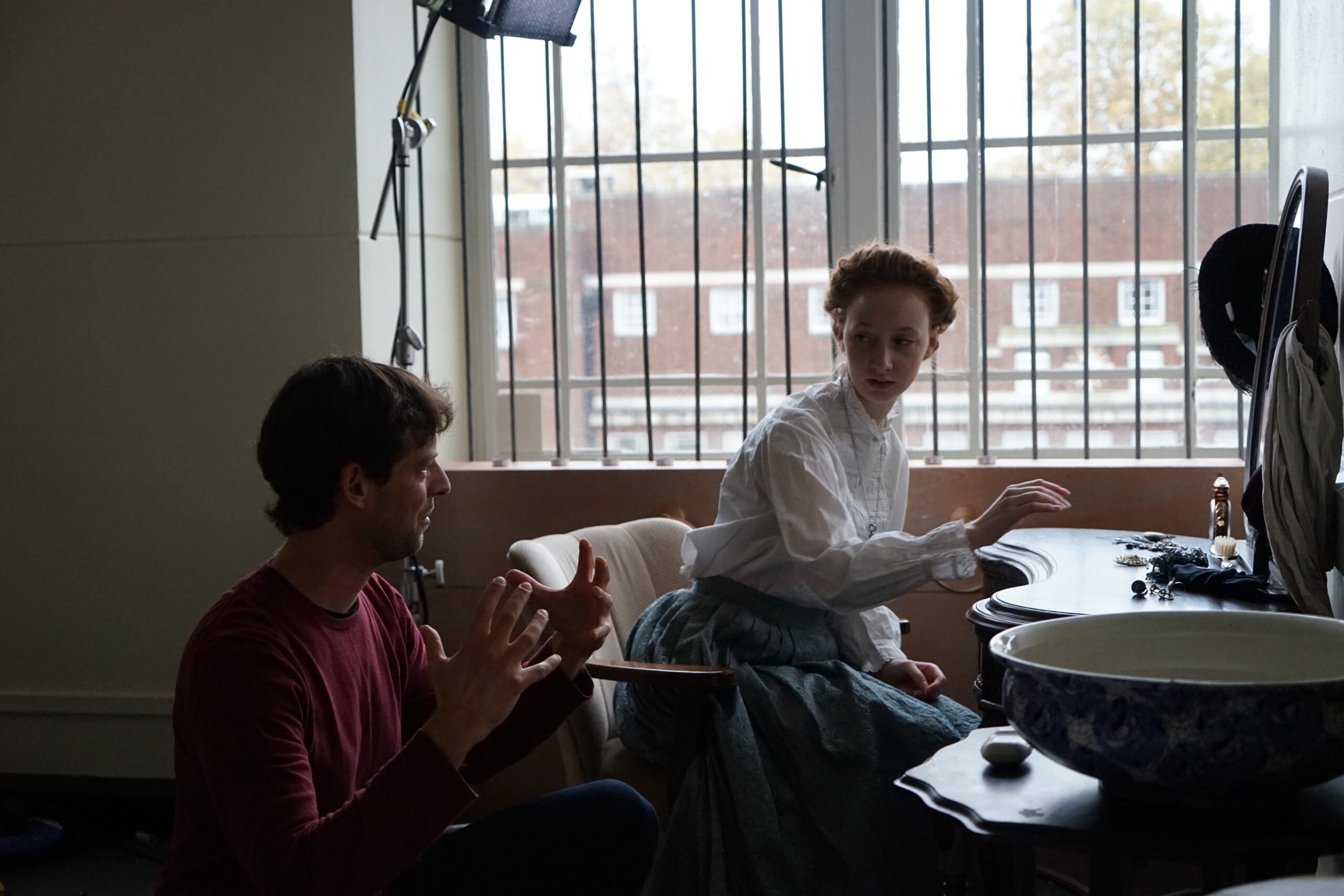 Andreas Graf and Anna Brochmann are discussing a scene. 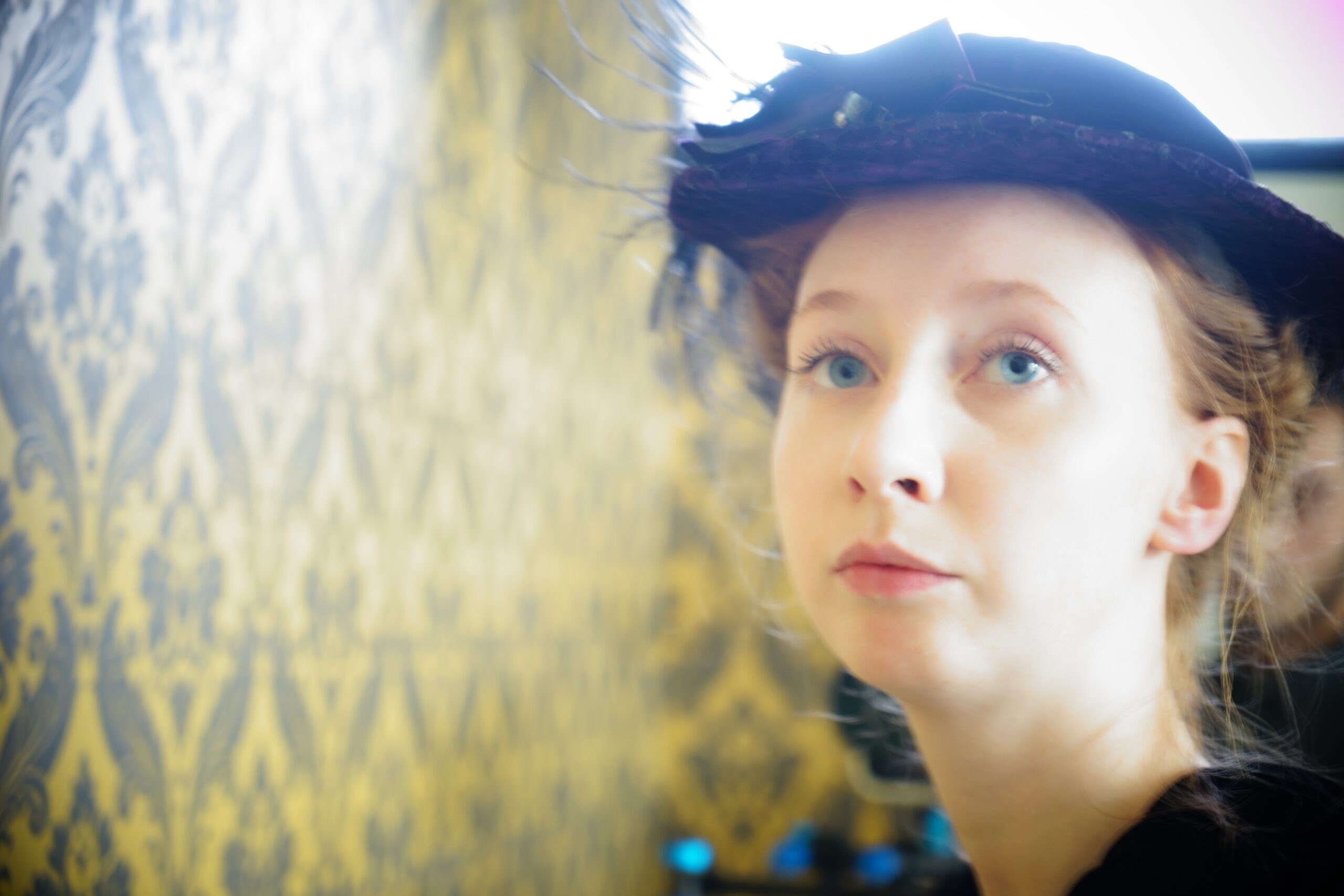 Any special occurrence or funny episode you remember from the shoot?

For me the most special occurrence was while filming the tearing of the wall paper scene. In this scene I got the freedom to just lose it a bit, and I thoroughly enjoyed that! Somehow I managed to just let go of the crew that was surrounding me and had so much fun doing that scene! My favorite part for sure!

What are your next artistic projects?

At the moment I am actually more focused on my photography career than my acting career. I’ve been shooting a lot lately, and am putting together a completely new portfolio at the moment. Acting was always my “number one” dream, but the reality of being an actor today is not that you can just choose to live from it, you need to sort of be discovered first or work very hard towards creating your own work, and both are very rare things to succeed, thinking of how many actors are out there. 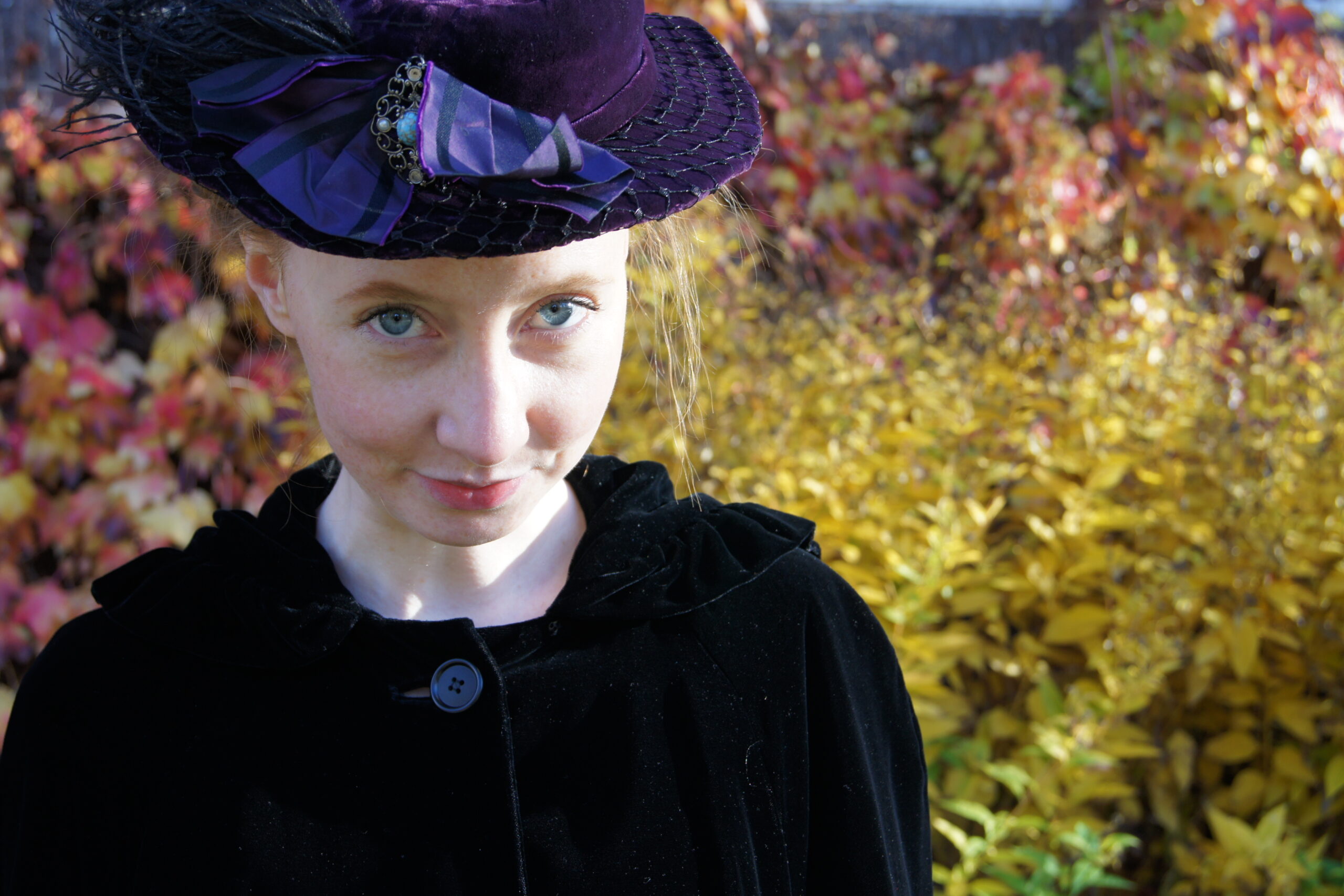 As photography is my second passion and is one of the things I do best, I thought it was a great idea to focus on that as a career, and do acting on the side, and just let the wind take me. I believe I have a much bigger chance to, at this point in my life, live from photography. Mainly because I need what I do as a full time thing to be fulfilling and energizing rather than draining, as most part time jobs tend to be in my experience. Acting wise though, I will take part in an outdoor play in my home area in Norway in August 2023. It’s a play about the mythical sea serpent of Hornindalsvatnet, Europe’s deepest lake.

I will play the character of Rafte, who’s an explorer and adventurer and is the funny genius and savior of the story. I’m super scared and super excited! And of course, any exciting acting opportunities that should come my way or that I come across I will definitely want to take part in!